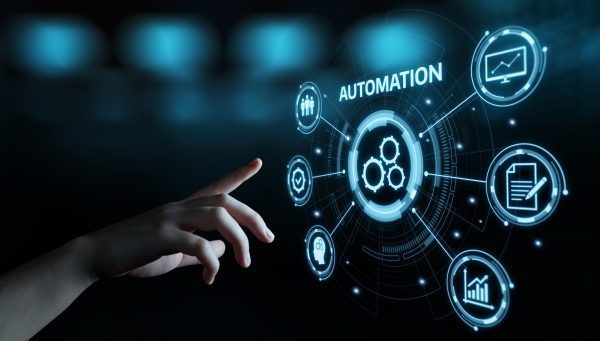 By Ron Mente, Director of Cloud and Emerging Technologies

In the not too distant past, IT departments could simplify their operations by selecting a few key technologies to implement in their data center.  Focused on controlling costs and increasing performance, considerable efforts were made toward consolidation.  This, in turn, allowed the internal IT staff to specialize in those technologies, and made for an altogether predictable and stable environment, at least until it was time for the next refresh.

INTERESTING BUT NOT ACTIONABLE

With limited resources, IT departments often find it difficult to move “as fast as the cloud in their own operations. A common reaction to this increasing pressure to accelerate their time to market is to revert to what has worked in the past: Invest in new, faster infrastructure, invest in new, faster applications, and invest in more people.  Unfortunately, there is so much information out there, and so many products from so many vendors, it is very hard to keep up with the technology trends or to know where making those investments will bear the desired results, while also mitigating the risk of bringing in something new.

This fear of the unknown has been known to paralyze IT groups. We have seen multiple instances of environments where the existing platforms are well beyond their designed lifecycle and yet they are still being used to run critical business applications.

Further exacerbating the issue is that with the amount of work most IT personnel have on their plate, onboarding additional systems are often put off until there is more information – but by the time the investment is made, valuable months have been lost to indecision.  A phrase we often hear is that there is a lot of interesting information available, but very little actionable information that is not grounded in a particular product someone would like you to purchase.

FREE YOUR STAFF (YOUR PEOPLE HAVE BETTER THINGS TO DO)

While it is true that there is no silver bullet technology that will solve for the increasing complexity of life in an IT department, automation is an area that can bring both immediate and lasting benefits.  While there are multiple reasons to automate, the key is that it gives you the one thing you can’t usually buy with money – more time.  Look at the tasks your team is performing every day.  Identify the ones that are repeatable, the ones that are routine.  Since they are already being done (and taking up time) each day, the steps to perform them are well known. Capturing and automating them is a good place to start.

A common example is creating an OS, patching it, and then laying down the standardized security settings.  That entire process can be run without intervention and then checked for quality by your staff.

Another example might be updating network equipment.  If you see staff members walking by to go physically plug a light blue cable into a piece of gear you have an excellent candidate for automation.

These examples are not exhaustive.  Any knowable and repetitive task can be the basis for the start of your automation journey.  It is natural to want to put the power of an automation platform against a particularly tricky IT problem, but it is better to start small.  The items you automate do not need to be complex items, as we often find the mundane tasks are the ones that occupy a fair amount of the IT group’s time.

BRING BALANCE (AND GOVERNANCE) TO YOUR ENVIRONMENT

Often, automation is thought of as a technology used to perform a task, and then its job is over.  On the contrary, automation technologies can quickly become part of the everyday workflow of your organization.

The benefit of an automated task is not simply that it completes work that used to be done by hand, but that it does so the same way every time.  Even given identical instructions, different staff members will inadvertently find their own spin or shortcuts to a given process which will therefore lead to slight differences in the way that your production assets are deployed.

With automation, that configuration drift is mitigated.  Moreover, if a configuration in a live environment changes into a non-conforming state, the automation tools can be used to bring it back into compliance.

Lastly, automation can be used to allow your IT operators to interact with an unfamiliar platform.  For example, a particular service in AWS might be requested.  If the person taking that call is unfamiliar with the service they will tend to muscle through it by looking at some documentation or (more typically) simply accepting the defaults during the standup of the environment.  This leads to a situation where the asset is deployed and functional, and the business unit is productive, but there are hidden risks.  These could include security concerns, overspending on the environment (a large problem in cloud-based platforms), or merely the opportunity that is lost when things are not deployed in an optimal way.

AUTOMATION IS NOT JUST A TECHNOLOGY – IT’S A CULTURE SHIFT

An automation framework can transform the time your staff spends on mundane tasks into time spent on high-value, business focused items.  It can also enforce the governance and configurations that your business has dictated for your environment.  It can even transform the way your non-IT users work by helping to enable self-service for items like virtual machines, applications, or sandbox environments.

It can’t do any of these things, however, without the support of the executive staff, and the recognition by the folks who will be using the system as to its benefits.  This usually requires up-front socialization about why automation is being brought into the environment, what the positive impacts will be, and who will be utilizing or benefiting from the environment.  The important thing is to not delay bringing automation to your group – in fact you should start today!

Interested in learning more about how automation can help your business? Check out our automation solution and request a demo!