This past weekend, Bongiovanni Racing returned to racing its Cobra Jet Ford Mustangs at Atlanta Dragway for the NHRA Lucas Oil Divisional Series event. With the venue closing at the end of 2021, this would be the last chance for NHRA Sportsman racers to compete on the storied quarter-mile track.
Anthony Bongiovanni entered the event in Stock Eliminator and Super Stock, giving him two chances at a win and those valuable NHRA Lucas Oil Divisional points. With Friday-only qualifying, Bongiovanni got right to work, placing his 2010 Micro Strategies-backed Cobra Jet Mustang in the 8th spot with an 8.83-second ET at 150-plus mph. That was also the quickest run by any Stock Eliminator car on the grounds. He backed that up in Super Stock qualifying in the 19th position after running 8.87 in the FSS/C category.

With Stock up first, Bongiovanni fired off a win over Joe Strickland and he kept the momentum going in his 2014 CJ Resource 1 Super Stocker with a victory over Terry Earwood. Bongiovanni was a tad late with a .060 reaction time in Round 2 of Stock and that cost him the win, but he was rock-solid in Super Stock, clocking a tight .020 light to take a win over Don Shuford.

Round 3 brought a match with Mike Crutchfield, one of the toughest runners in Division 2 and Bongiovanni was up to the challenge. Launching with an .030 reaction time, Bongiovanni ran dead on his 8.90 predicted elapsed time to dispense Crutchfield, who was .048 on the tree and broke out, running 8.93 on his 8.95 prediction. The win got Bongiovanni down to five cars, and a win here would give him a bonus of a bye run into the final.
After defeating his brother, Louisiana’s P.B. Candies faced Bongiovanni in a battle of 8-second Mustangs. Bongiovanni, by virtue of his slower dial-in, launched first with a .022 light and Candies moved with a quick .012 reaction. It was a tight race to the stripe with Bongiovanni getting there first after running 8.92 at 149 mph, while Candies was a tick behind running .045 over his 8.01 predicted ET. 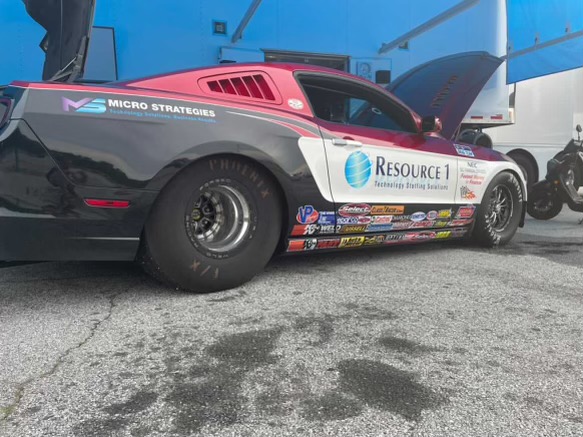 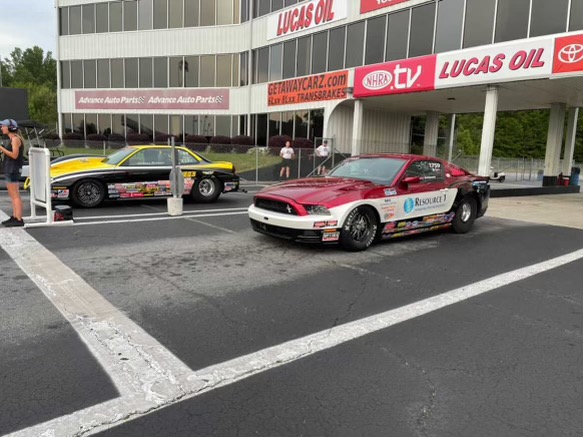 Bongiovanni pushed it on the bye run, dropping a quick 8.88 elapsed time to prepare for the final where he’d face championship-winning Anthony Bertozzi. The two met earlier in the season in the first round of the national event, here in Atlanta, with Bongiovanni taking close win.

Unfortunately, payback was in order with Bertozzi edging out Bongiovanni for the win this time. “We didn’t win the final, but we had an amazing weekend of racing,” said Bongiovanni. “My lights were very consistent and our Cobra Jets ran strong. We faced some very tough competition, especially against Crutchfield, Candies and then Bertozzi, who is one of the best drivers in the sport and has been so for decades. Thanks to the supercharged 5.0L engine in our CJ, I often have the quicker car, so the race against P.B. Candies took a little different approach, but with a little luck we got by. I was dialed in at 8.92 and he was much quicker at 8.01. I was able to see him coming and I tightened it up in the last few feet of the track in order to prevent breaking out,” said Bongiovanni. “That was a tight race and a satisfying one to win.

“I knew the final would be a tight one, as Anthony [Bertozzi] is a top-tier champion driver. I was confident in our team and selected an 8.90 dial-in, knowing I’d be able to run that number. Bertozzi was dialed just .003 quicker, so it was set to be a tight race.” Bertozzi used his talent to go .015 on the tree, with Bongiovanni just a blink behind with a .024 light. Bertozzi’s Pontiac inched into the lead early on, with the Cobra Jet chasing hard. “I anticipated that he would hold a little and I was doing the same,” said Bongiovanni. “We were door to door going down track and I was closing the gap little by little.” Approaching the finish line both drivers were seemingly dead even, but Bongiovanni got there a tad too quick, breaking out by just .001 of a second, with Bertozzi running 8.89 on his 8.87 for the win.

“You always want to win, especially once you get to the final, but regardless, this was a gratifying weekend. I won some really difficult races and put up a great fight against Anthony Bertozzi in the final. He is a tough racer and a great sportsman. We’re satisfied with how the cars performed and how we drove all weekend,” added Bongiovanni. There’s always a positive take-away and in this case Anthony Bongiovanni leaves Atlanta with the Division 1 Super Stock points lead. “Of course it’s early in the season, but we gained a lot of points and we’ll try to keep that going.

Bongiovanni Racing returns to the track this coming weekend in the home division at Maple Grove Raceway for more Lucas Oil racing action. 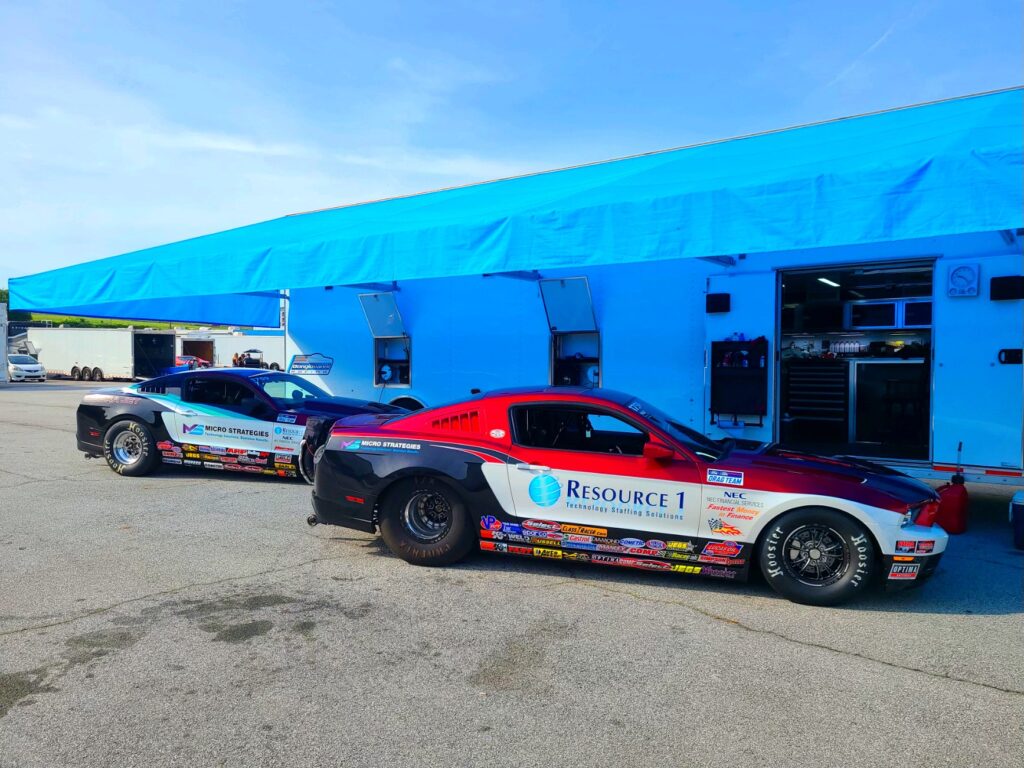