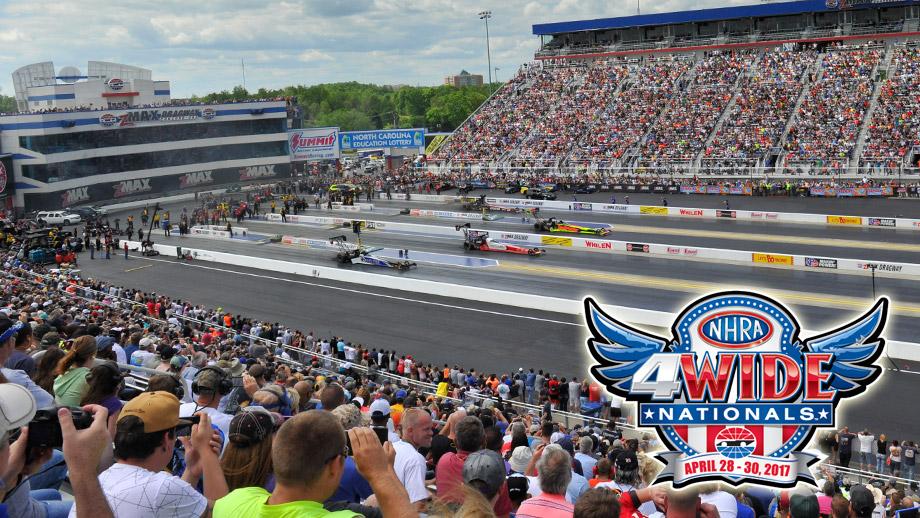 Bongiovanni Racing was back in action with drivers Anthony Bongiovanni and Dan Fletcher behind the wheel of the Micro Strategies-backed race cars at the popular NHRA 4-Wide Nationals at zMax Dragway in Concord, North Carolina.

The 4-Wide Nationals is one of only two NHRA National events where professional categories are contested with four cars going down the track at once. It’s a sight to behold as 40,000 horsepower is unleashed in the nitro classes, while the Pro Stock drivers must hit the 10,500-rpm shifts with three cars flanking them.

Anthony Bongivanni set the team’s pace at 8.79, qualifying 19th in Super Stock with his Resource 1 and Optima Batteries Super Stock Cobra Jet Mustang. Bongiovanni wasn’t far behind in Stock, taking the 22nd spot with an 8.77 pass. Fletcher, driving his Micro Strategies Camaro, slotted in behind Bongiovanni in both classes.

The team split in Stock with Bongiovanni taking a win over James Williamson and Fletcher losing with a rare red light. Unfortunately, Bongiovanni’s bid ended in Round 2 after a close race with Steve Johns. 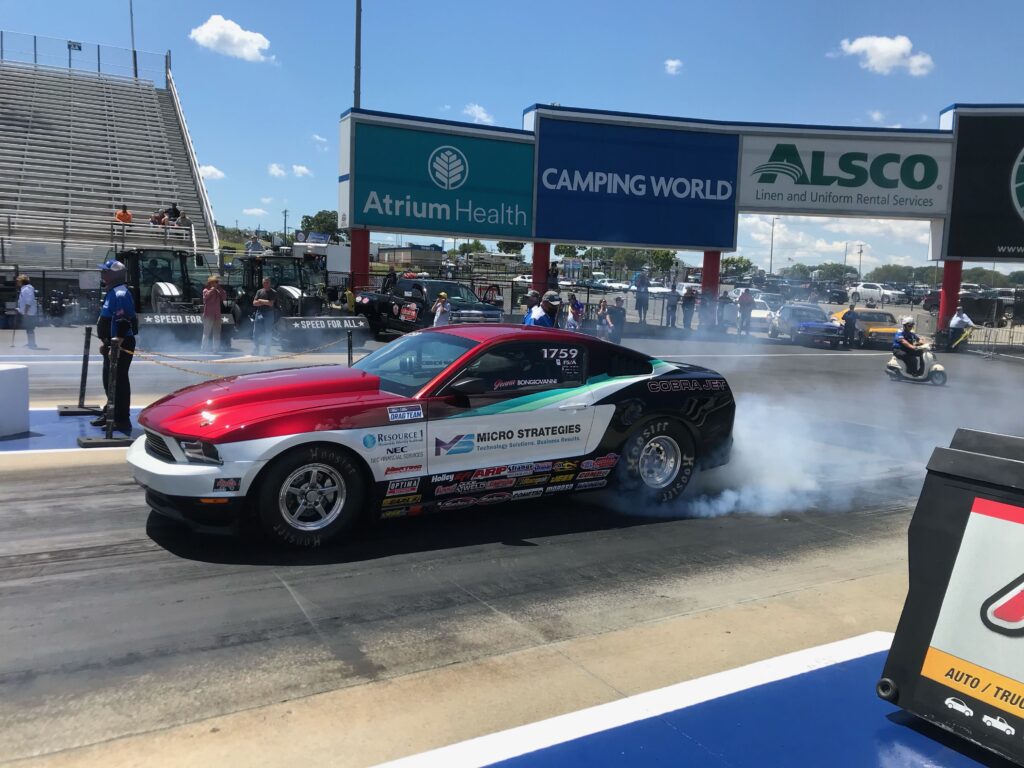 Super Stock started better with both drivers taking Round 1 victories. Bongiovanni defeated Michael Brand II and Fletcher took out Greg Porter. And they carried the momentum in Round 2, with Fletcher topping Steve Johnson and Bongiovanni running 8.80 on his 8.81 dial to defeat the ever-tough Byron Worner who redlighted.

Round 3 was not so kind as Fletcher lost after redlighting and Bongiovanni lost due to a freak mechanical failure.

“Over all it was a fun weekend,” said Bongiovanni, “The NHRA 4-Wide Nationals in Las Vegas and here in Concord are very special. It’s the only time racers are run with four cars at a time going down track and the fans really love it. It’s amazing to see four Top Fuel dragsters, Funny Cars or Pro Stockers at once. It takes extra concentration on the driver’s part and presents an additional challenge to them. They must adapt to four cars staging rather than two, and it adds extra excitement for the fans.

“Our race weekend could have been better, but we had an unusual component fail. It’s something that was unforeseeable. Our belt tensioner, which is critical to the supercharger drive system broke during a run. The loss in performance was enough to cost us the round, but thankfully it wasn’t anything serious in the engine. We had it fixed in minutes and we’ll be back racing this weekend,” added Bongiovanni.

Bongiovanni Racing will head sound to compete in the double-header NHRA Lucas Oil Division 2 event at Atlanta Dragway May 21-23.