Anthony had his 2014 Micro Strategies Super Stock Mustang flying at Maple Grove Raceway. In front of a home crowd, Anthony scored a win, taking the Super Stock Factory Stock Class final when he delivered a .027 reaction time and 8.75 pass at 154 mph to top Ed Longhany in his ’74 Plymouth Duster.

Moving to Charlotte, it was all Dan Fletcher, who outlasted the field in Super Stock to win his 105th NHRA national event. “I feel like my mechanics are solid,” said Dan. “My starting line and finish line strategies are good.” 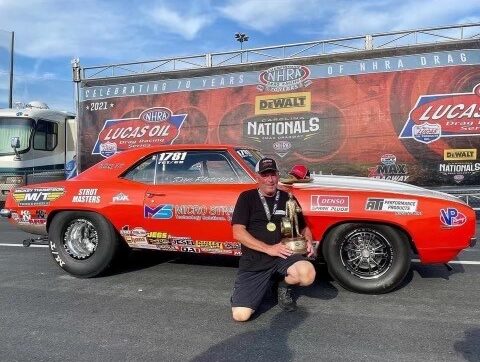 Despite a winning slump that’s lasted since 2018, Dan made the final and converted for his 105th career national win. Fletcher had things go his way with a bye run and four red-lights against him in six rounds including the final against Herbie Null Jr.

“No one ever red-lights against me and I had four of them this week and a bye run,” Fletcher said. “This is pretty exciting. My wife is here. My daughter is here. This is my first win since teaming up with Anthony Bongiovanni and Micro Strategies,” said Fletcher. “It’s been a while since I got one and I probably drove a lot better at other events than I did here today. There is just so much luck involved. The Lord blessed us today and we got through. And my son Tim even scored a win this weekend in our Micro Strategies Nova at Galot Motorsports Park.”

With 105 wins in the books, Fletcher is now focused on breaking the tie with legendary Alcohol Funny Car driver Frank Manzo and earning win No. 106. His next shot to do that should come next month in Bristol, a track where he’s previously scored wins in 2001, 2011, and 2015. Fletcher will obviously take any win, but given a choice he’d also love to win in Super Stock, behind the wheel of his prized ’69 Camaro.

“I’m glad I tied the record in my dad’s car and I’d sure like to surpass Frank in dad’s car,” said Fletcher. “It’s actually an honor to tie Frank. I’ve known him forever and he came over to the winner’s circle in Charlotte and said, ‘Hey, we’ve got 210 wins right here.’ Tying Frank was wonderful but I’m just glad that I got to win something.

“Obviously, I wouldn’t still be out here if I didn’t have a lot of support from people like Anthony Bongiovanni at Micro Strategies. He has been fantastic to work with and together we can turn on a lot of win lights.” 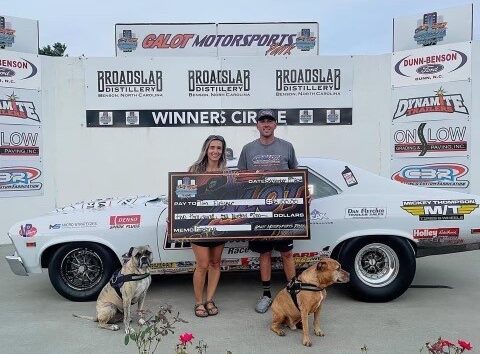 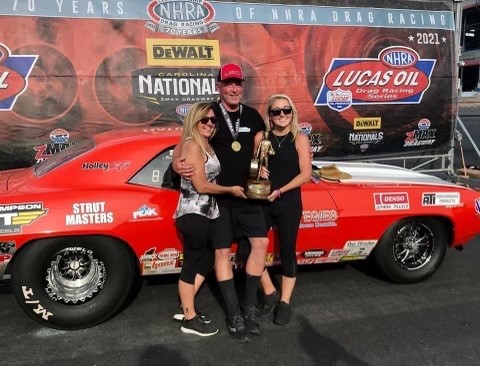