There wasn’t one defining moment when Anthony Bongiovanni, Founder and CEO of Micro Strategies, decided to found a business that would ultimately employ over 150 people and cover a territory that spans the Northeastern United States. Like most stories about entrepreneurs, it started by identifying a need.

In the early 1980s, Bongiovanni recognized the growing popularity of personal computers.

“Most businesses didn’t have computers, but personal computers (PCs) had started to come out, such as the IBM PC, explains Bongiovanni.

Realizing that there was an opportunity generated by the growing popularity of personal computers, Bongiovanni left a career in mechanical engineering and in 1983 opened the doors of Micro Strategies’ first headquarters in Denville, New Jersey.

“I started Micro Strategies to write custom software for businesses, said Bongiovanni. “We would write small applications, such as accounting or inventory control systems to enable customers to gain efficiency within their organizations and become more profitable and responsive. 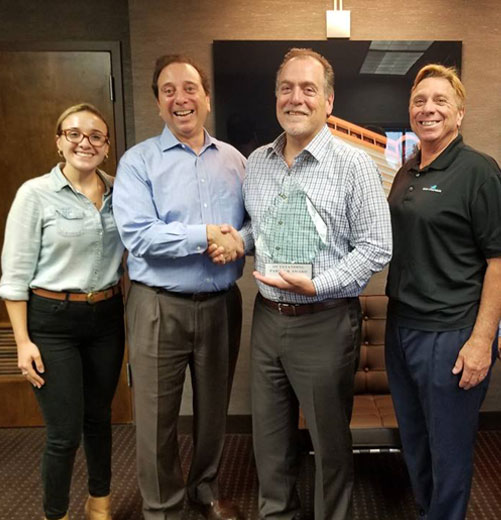 “However, as our client needs began to outgrow what we could provide, we became an IBM business partner. This gave us additional resources to support customers which enabled them to utilize technology for their own business benefit. IBM has been a great partner and with their strong technology portfolio, we’ve had the ability to grow our business by a factor of 20 over 15 years.

That success helped lead to the opening of Micro Strategies’ Pennsylvania office in late 2010 which included a second executive briefing and innovation center.

In 2013, the company moved to larger headquarters in Rockaway, New Jersey to accommodate its growth. However, in 2015 Micro Strategies relocated again, this time to its current home in Parsippany, New Jersey.

In 2017 Micro Strategies grew even further, opening an office in Midtown Manhattan, which extended the company’s footprint into the heart of New York City.

Looking Towards the Future

We’re focusing on a more consultative approach; one where we partner with our clients to understand their objectives and help them navigate the IT landscape so that they can use technology to drive business results, explained Bongiovanni.

We view data as competitive currency and we work with our customers to use that information to inform business decisions regarding security, analytics, infrastructure, business processes and business and technology operations.

We always want to be excellent at everything we do, said Bongiovanni. Over the past five years, we’ve focused on what’s critical and what makes the most sense so that we provide real business value to our customers, deliver great opportunities for our staff members and develop even stronger relationships with our partners.